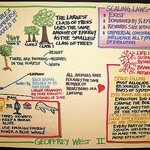 The collection incorporates each A-side, two B-sides ("Imitation of Life" and "All That I Need") and four collection tracks ("Out of My League", "Like No Other", "Reckless Son" and "Turned Tenderness"). It was incorporated by Craig Degraff and Electronic. New liner notes composed by the band are additionally included.
Posted by Cheryl Stephen at 01:17